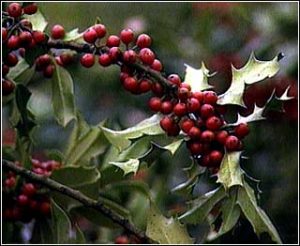 Dear Friends,
To me, it’s just not Christmas without flowers in the house. The beauty and mystery of holly, ivy and mistletoe dates back centuries to the ancient Romans and Druids, predating Christianity. Legend says that holly grew under the footsteps of Christ and that the plant’s thorny leaves and red berries symbolize his suffering on the cross.
According to the legend of the poinsettia, a poor young girl had nothing to offer in church on Christmas Eve, so she brought a bouquet of greenery from the pathway to the church. During the Christmas Eve service, the greenery transformed into beautiful red star shaped flowers, underscoring the importance of offering gifts with humility. Evergreens on Christmas wreaths in a circle shape representing God without beginning or end.
My favorites are amaryllis and hyacinth. They are more than just a lovely color or shape or fragrance. They are living things that you have to take care of. They are perishable; they grow slowly, peak and then they die. They remind us that nothing lasts forever and that is indeed good to find the beauty of each season.
Put a flower in your home this Christmas!
-Rev. Rachel Hatgidakis 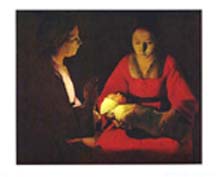 Dec 1st -First Sunday: It is now the hour for us to rise from sleep, because our salvation is nearer than when we came to believe.
Mon: The powers of heaven will be shaken. And then they will see the Son of Man coming upon a cloud with great power and majesty…”look up, because your redemption is at hand.”
Tues: Law must give place to Love, and separate races and nations be united in one universal brotherhood, with Christ as the eldest brother.
Wed.: When our hearts have the living faith, have received Jesus Christ into them: then will the light of the world be born within us as in a humble stable.
Thurs.: So peace will come again on earth, but a peace unlike aught known before. Then will the will-to-good flower forth as understanding, and understanding blossom as goodwill.
Fri: The people who sat in darkness have seen a great light, and for those who sat in the region and shadow of death light has dawned.
Sat.: Our soul waits for the Lord
See further suggested meditations on our web site: www.scienceofman.org 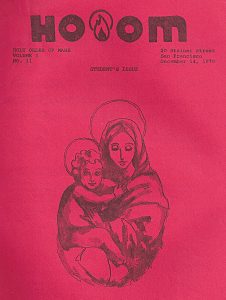 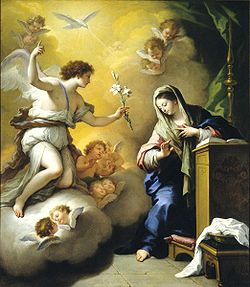 SOUL III …When the soul has attained the perfection, it is freed from the cycle of generation and no longer requires contact with these conditions, tests, trials, and re-cycling. It again becomes a pure and evolved soul which returns to its divine source as before its first imprisonment.

The oldest rite in the early philosophy shows that belief in the soul was a part of the principle of the primitive culture. Furthermore, it has always been believed by nearly all of the primitive and modern philosophies. Let us realize also that our mystic cults said that man’s soul is a divine essence and is rarely associated with the material body.

We find that much thought in the writings of many great people; historic philosophers born in the Taurus, about 301 BC. They held that the sun was the abode of God. From the sun, radiated a divine essence, the soul of God. This soul pervades all space and, in separable segments, entered into the human body to be born on the earth. The soul, or god-man, essence was the revivification of the fire or the universal emanation of the intelligence provided providence of God.

There is added on the original idea,that the degree of the validity of the soul, after so-called death, depends upon the degree of its vitality in its life in the body. Arguments in favor of these believe that the soul is a divine element, or entity, having its own origin in God, residing temporarily in an earthly body, and freed at the dissolution of the body to return to its origin, or source.

There are many and learned discussions regarding these things. To really understand what life is, then one must begin to see and know that all of this and the great wonders which we see around us, must have something that remembers from life to life–that we are, that we are going to be, and that we are not going to be just a man. We are going to be a being. We are going to be a highly intelligent individual. If we listen to the words of the inner being, and if we reach a state of spiritual consciousness, where we listen to the direction from within, we will soon realize that there has to be a soul. For, many of the answers and things we get will be impossible without a record brought forward.

That science — that hard materialistic goal — we recognize that we take cognizance of the soul and we even admit that a man might think and still not have or think about the things which might come from the soul.

Plato voiced this same idea in the words: “as manifestly as the human soul is, by means of the human senses, it is linked to the present life, attracting itself by reason of concepts, conclusions, anticipations and efforts; to which reason leads it to God and eternity.”

We see that the human mind not only conceives the existence of the human soul, but that the duality of man’s earthly existence is at once made apparent by our recognition of such concepts of the soul. It is not possible after considerable thought to conceive of a man as having a soul without conceiving that man’s expressions on earth — that is, in the form of body and soul. The material form enclosing the immaterial which has continual existence.

Consider the soul as a separate part and shell of the Self — immaterial parts of the dual man. Mind must naturally be considered the immaterial entity of the being immortal, divine and immanently from God. This the reality. This is the actual heritage which God has left us with, that we can take with us: our life history, our life library from one life to another without hesitation. 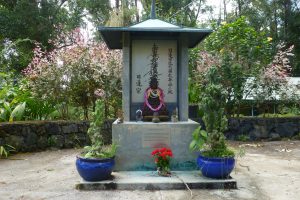 The inmates’ idea was far-fetched: install a Japanese garden in the shadow of a massive cellblock at the Oregon State Penitentiary.
For one, prison officials wondered, who would pay for it? Who would do the work? Would the elegant elements of a Japanese garden run afoul of the Byzantine rules intended to keep the maximum-security prison safe?
The men persisted.
They became adept at grant-writing, securing nearly $500,000 to fund their idea. They made presentations to corrections staff, potential donors and others, transforming themselves into polished public speakers in the process. They recruited laborers from their own ranks – nearly 180 inmates in all – who worked during the summer to plant trees, move boulders and install elaborate water features.
This week, five years after floating the idea, the men – and the prison officials who signed off on the project – unveiled something extraordinary deep within the grounds of Oregon’s oldest penitentiary: the largest prison garden of its kind in the country.
The world-renowned Japanese garden designer, Hoichi Kurisu, who designed Portland’s famous Japanese garden, provided design services pro bono. And inmates added to the funding from foundations by making monthly donations of $5.00-10.00 a month out of their meager prison incomes to support the project.
Kurisu has a lovely statement about the garden on his website: “The healing garden at OSP has the potential for long-term impact on how justice is defined and rehabilitation achieved.
As Japanese gardens have done for thousands of years, this garden will offer unique opportunities for self-realization, tranquility, and peace. For inmates experiencing depression, anger, stress, and total disconnection from natural elements, recovering a sense of awe and appreciation for nature’s beauty can inspire transformation at the deepest levels.”…
-The Oregonian

• A Christmas Message from Paramahansa Yogananda
My Christmas wish for you this year is twofold: that the consciousness of Christ be manifest in you through deep meditation, and that your exemplary actions will persuade others to abandon their evil or worldly ways and become spiritual. Both meditation and action are necessary or the spiritual path, for they contribute toward individual and mass evolution. It is not God’s will to develop spiritually in a selfish way, i.e., without extending help to others who are suffering. So remember always to render service to mass evolution, while seeking the Father through regular practices of deep meditation.

The more one develops spiritually, the deeper becomes his or her love and compassion for humanity. Accompanying love and compassion is the desire to uplift humanity from the throes of ignorance and war and the consequent suffering they bring. However, you must remember to make God first in your heart always. The Father will not be content with second place; He must reign first and foremost in the most tender center of your being — your heart. Through His blessings and grace alone are you able to develop and help humanity emerge from its ignorance.

Meditate regularly and practice Kriya Yoga faithfully with all the concentration of your mind and the intensity of your heart. On Christmas Eve meditate for many hours in the presence of other devotees. Dedicate this extended meditation to the achievement of the love of God and the attainment of World Peace and Brotherhood among all nations.

Share your gifts (material, mental and spiritual) with the less fortunate on Christmas. This will make your holiday a real one. The gifts need not be expensive but practical ones: durable clothing (new or used) for those who need it, canned and dried foods for people who find them difficult to obtain in their countries, a friendly visit to the physically afflicted, a word of comfort to the depressed, and spiritual manna to those who are seeking the love of God. You can help distant as well as local people in these ways.

Be ambitious for God. Keep seeking Him through meditation and keep working for Him. This will give you the spiritual emancipation you are seeking. Christ and the great ones showed through exemplary living that it can be done. So follow their footsteps quietly and humbly. God bless you always. May your everyday become a Christmas of ever-new joy, love, peace, and wisdom in God and the Gurus.
–With deepest blessings, Paramahansa Yogananda

…WE LOOK THEN WITH AN ASTONISHED GAZE UPON THE GREAT SPIRITUAL MOTHER, OUR BELOVED MOTHER, WITH ALL REVERENCE,
FOR WE KNOW SHE TOO FEELS THE GREAT INFINITE CHANGE OF THE EARTH, AND ITS COLOR, TO CELESTIAL BLUE.
WE KNOW IN HER COMPASSION SHE SEEKS TO LIFT OUR BURDENS, THAT THE EARTH MAY BE REBORN AGAIN…